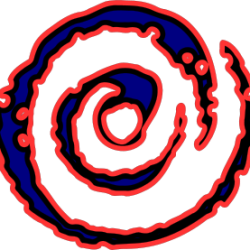 “Watch out for potholes in the river bottom – step in one and you’re gone forever.” My mother’s words warned us children as we waded  in the swift currents of the American River on a hot Sacramento day, but she could have been warning me about my recent life.

Taking on the Editorship of the Camptonville Courier has been like slipping into a pothole and I’m only just now coming up for air. For the past three months I’ve been navigating the unfamiliar world of publishing, where I’ve been pushed up a steep learning curve, challenged to learn a foreign vocabulary, and driven on by unrelenting deadlines.

Three editions later, I emerge from my hole and look around at my “normal life.” Though I vowed I wouldn’t sacrifice writing on my novel or practicing the cello, that’s exactly what happened. So yesterday, when I realized that I had actually written, practiced, and planted seeds in my vegetable garden, I felt a surge of hope. It’s said recovery sometimes sneaks up on you!

The uncanny thing is that this experience has found a way into my writing. At times, I don’t know whether I’m writing a novel, or the novel is writing my life.

Here’s a scene from The Desk, touched with magical realism as the present-time character, Christie is unknowingly nudged by the apparitions of her great-grandmother and great-granddaughter conversing at her bedside as she sleeps.  (Note: “The Desk” was the former working title for “Heart Wood” before 2020, and “Christie” is now “Harmony.”)

“Everything has the same urgency to her,”  says the short, plump one with the stiff lace collar that prickles her neck. “She’s paralyzed by her despair for the future and damming up her own power.”

“And thinks she can avoid it by saying she’s retired. Now where the hell did she get that idea?” The tall one flicks her long sandy-colored braid over her shoulder and crosses her arms in disgust.

“She doesn’t know the desk’s power.”

“No, I’m thinking something bigger.”

The night is deep and dark when I awake making plans – not in my usual sleepless pattern where thoughts wiz across my mind like neutrinos in a vacuum chamber. These particular thoughts are organized, concrete. I observe them, allowing each one to pass by as in meditation, waiting for them to dissipate as they usually do so I can return to sleep.

But they don’t. My eyes dart back and forth as I listen intently to what seems to be outlandish plans to run the community newspaper.   In one swift move, I am out of bed and seated at my desk, taking notes.

© All materials copyright Shirley DicKard, 2014, except as otherwise noted.

I’m excited.   Next time you hear from me, it’ll be from a personal Writing Retreat I’ve set up for myself at Skyline Harvest Retreat Center, north of Bullards Bar Reservoir.

I’ll spend several days living and writing in The Hermitage, a small, woodsy cabin built specifically for personal retreats – like meditations, dissertations, art and writing projects, or just a place to get away from it all.

Best of all, I don’t have to travel far.  Skyline is only 45 minutes from Nevada City or 2 hours from the Sacramento airport for guests who fly in.  (Skyline Harvest Eco-Contemplative Center)

As a writer, I feel it’s time to explore the deeper currents in my novel, but as disciplined as I try to be, it’s hard when the phone rings, laundry needs hanging, the garden calls me to linger – actually, it’s more like my husband calls me to linger. . . .    And then there’s that familiar feeling of being stuck.  How to get across the 40 mile desert of my mind?

At Skyline, I’m hoping to drop down into that quiet, meditative place and linger where the underground streams of consciousness flow.   Or at least get lots of pages written!!  I’ll be using my next Blog Posts to share my Writing Retreat experience and to hold myself accountable. Wish me well!

Walking alone in the woods, I’m hardly aware of the cacophony of chatter in my mind .  . .  Ah, a new wildflower . . . deer tracks . . .  clouds building to the east.  I’m also processing the day before, or day ahead, or re-visiting past emotions that disturbed or delighted me.  I’m a bubble floating within myself, while all around me, the world swirls with its own awareness and stories.

I’ve been reading Becoming Animal by David Abram. He links the interior chatter of verbal thought with the advent of silent reading – a fairly recent acquisition in man’s development. A tight neurological coupling arose in the brain between the visual focus and inner speech, he posits.

Frankly, I’ve never thought about the ability to hear the words in my head as I read them on the page. It’s only natural, right?  Yet Abram relates that before the twelfth century in Europe, the written word had to be spoken out loud to make sense of it.  Greek and Latin writing had no spaces between words and little guiding punctuation.  Semitic writing had no vowels and had to be sounded out loud to hear the meaning.  Starting in the seventh century, monks put spaces between each word as they copied texts, making it easier to read the words without having to sound them out.

I’ve thought about this in the novel I’m working on, “The Desk.”  Amisha has fled San Francisco in 2088 to find the family homestead and the desk that’s haunted generations of family women.  She has gouged out the chip implanted at birth in her neck – the only communication device humans should have or need. Her mind no longer filled with HumanaCorp’s constant messaging, she wanders in silence.  Without a cloud of inner dialogue obscuring her awareness, she is drawn into the animate and inanimate world surrounding her.  She becomes a listener.

“Our intelligence struggles to think its way out of the mirrored labyrinth, but the actual exit is to be found only by turning aside now and then, from the churning of thought, dropping beneath the spell of inner speech to listen into the wordless silence.”  (David Abram, Becoming Animal).